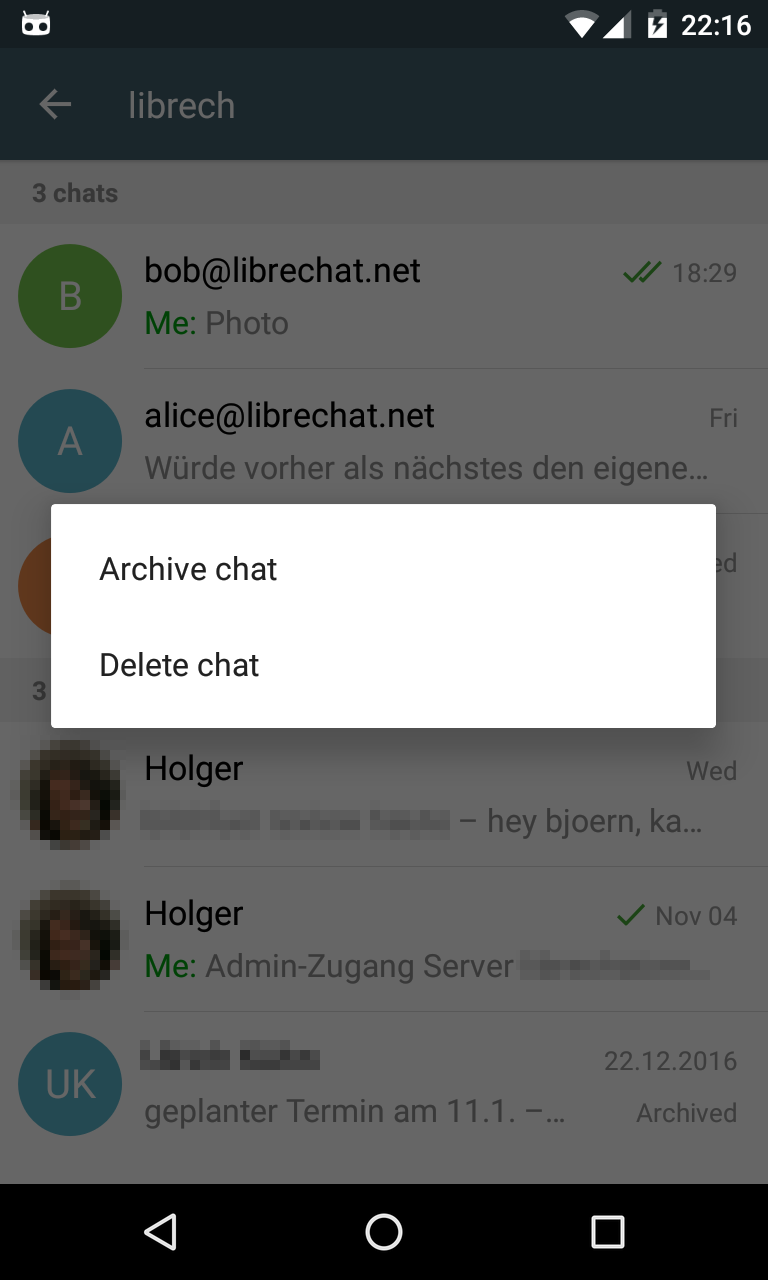 As always, the version will be available on F-Droid soon.

Moreover, there are good news for all iPhone and iPad users: Jonas and Basti have started Delta Chat for iOS :)

Of course, this will take its time, but its on the way. I took the chance and cleaned up the core library (which is the same on Android and iOS) and start documenting it - deltachat.github.io/deltachat-core/html - which will be hopefully useful for upcoming binding to other languages and systems (yes, there are some plans :)

EDIT: Just hours after 0.9.7 I released 0.9.8 with a bugfix; I think the latter one will overtake the buggy one on F-Droid. Sometimes it is good that F-Droid is not that fast :)