Following this blog or the mailing list you might think not much is happening with Delta.Chat but … nothing could be further from the truth :) An incredible lot has happened and is happening but communication happened in different ways:

But let’s get away from the “metadata statistics” of what happened to the actual things happening. Contrary to popular belief, metadata is not telling that much, is it?

Below is a “July-September 2018” report we shared with various Open-Technology-Fund (OTF) projects yesterday. If you didn’t know – our Delta.Chat robustness and usability proposal was accepted by OTF and we will receive and distribute around two-hundred thousand USD to the various people involved, in the course of one year (July 2018-June 2019). The following report is focused on this OTF proposal – there are actually several more developments and background ongoings … expect some more “big” updates soon ;)

Delta.Chat is a unique effort in the messaging ecosystem which offers a modern “chatty” messaging user interface on top of e-mail. Delta.Chat has no own servers but re-uses the existing, massive e-mail provider infrastructure to send and receive messages. End-to-end encryption is achieved using Autocrypt, which makes use of standard OpenPGP-based cryptographic operations (but doesn’t use gpg). Our OTF efforts are to deliver a well usable and robust Android app and a freshly developed cross-platform Desktop application. We are driving our technical developments by needfinding and user-testing activities in the Ukraine.

Let’s start with needfinding. We conducted 16 interviews with trainers, journalists and activists in Ukraine in the last month. The interviews focused on 3 key aspects:

We are currently transcribing and analyzing the material, have sketched the outline and want to publish a needfinding report by November 2018.

We heavily developed on several fronts and released new sites and packages which are laying the groundwork for the upcoming months:

A lot of the above work was happening and discussed during the “Delta-X” gathering in Freiburg July 16-24th. Particularly at its Saturday unconference day we had productive and fun discussions with around 30 people from different projects and contexts, ranging from OTF project planning, a new PGP/Rust implementation to GDPR questions or new crypto schemes to avoid metadata leakage. Hanging out in the sun with Sofa’s on a terasse, or at Cafe Bicicletta (wow cappucino!), or doing an OTF kickoff meeting at the cold “Dreisam” river, taking a bath and sleeping overnight at a remote lake … even the people attending couldn’t really give a full summary of this week, i bet ;) 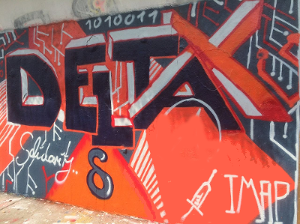 One notable community effort started there which we support and hope will come to fruition soon: Delta-Dev/Android which is using the UI code of Signal/Android because it provides a better base than the Telegram-UI code which Delta/Android is still using in its current F-Droid releases. Moreover, there is another OTF-independent effort, namely Delta/iOS. To get a testflight invite for this early iPhone version, mail ios@getdelta.org.

Git repositories for all activities

You can find the repositories for each of the above efforts and releases under our deltachat github organization. In case you wonder … we might want to migrate to something else than github – you are btw very welcome to help care for sysadmin/infrastructure/packaging/docs/css/UX/translation/integration/privacy/legal issues as much as contributing to C/JS/Python/Swift/Java/Rust programming :)

Thanks, you made it to the end of this very long blog post :)