Play Store, OAuth2 and more from the dev stage

As you may have noticed, Delta Chat is now available in the Beta Channel of Google Play.

We got lots of feedback to this the last days (thanks to everyone! and do not stop taking care :) and i think we have a good idea of things that have to be done until we can aim for a real release.

Already done - and the largest visible change in the onboarding process is the new support of OAuth2.

OAuth2 is currently supported for gmail.com and googlemail.com addresses (yandex is coming soon) and frees the user from entering a password in Delta Chat - also there is no longer the need to enable “Less secure apps” somewhere deep in the google settings.

This is how the new setup will look like: 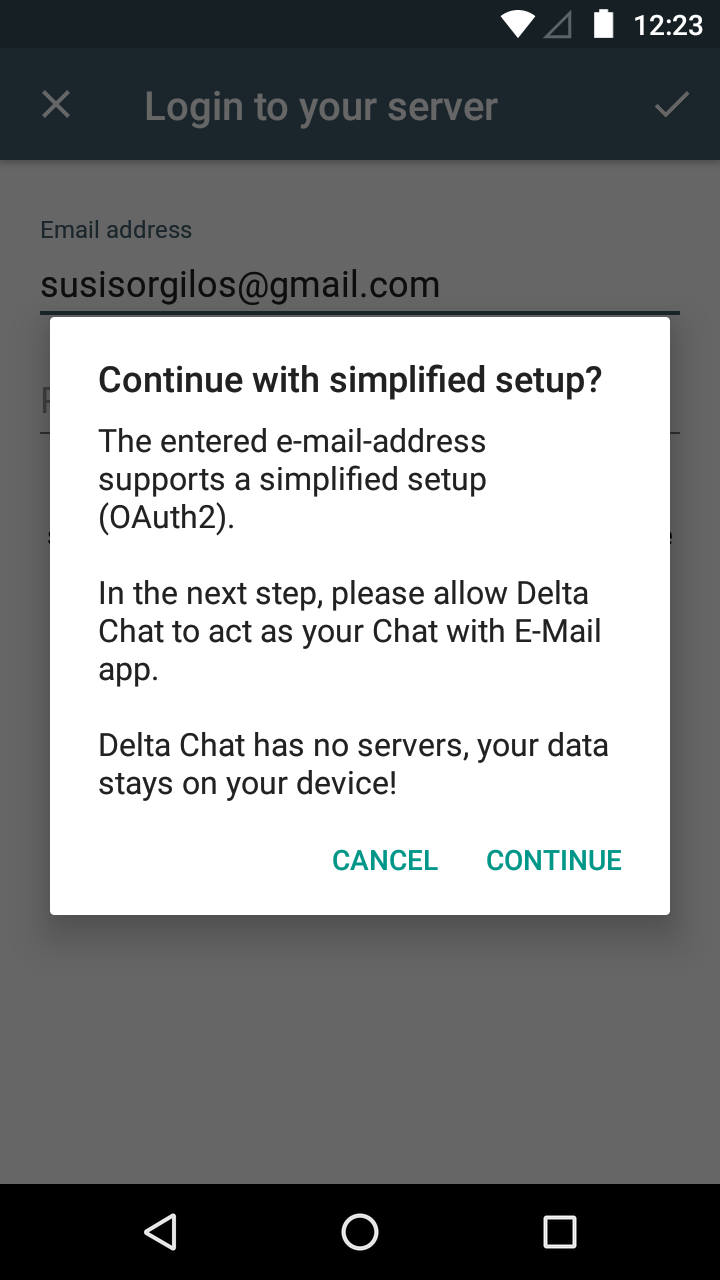 We’ve implemented OAuth2 in a way to stay independent of Google libraries, so, the app itself is still clean. The authorization just opens the system browsers and you still have the choice not to use OAuth2.

Like to test this? We’ve prepared a preview release here :)

So far - looking forward to what will happen the next weeks then :)