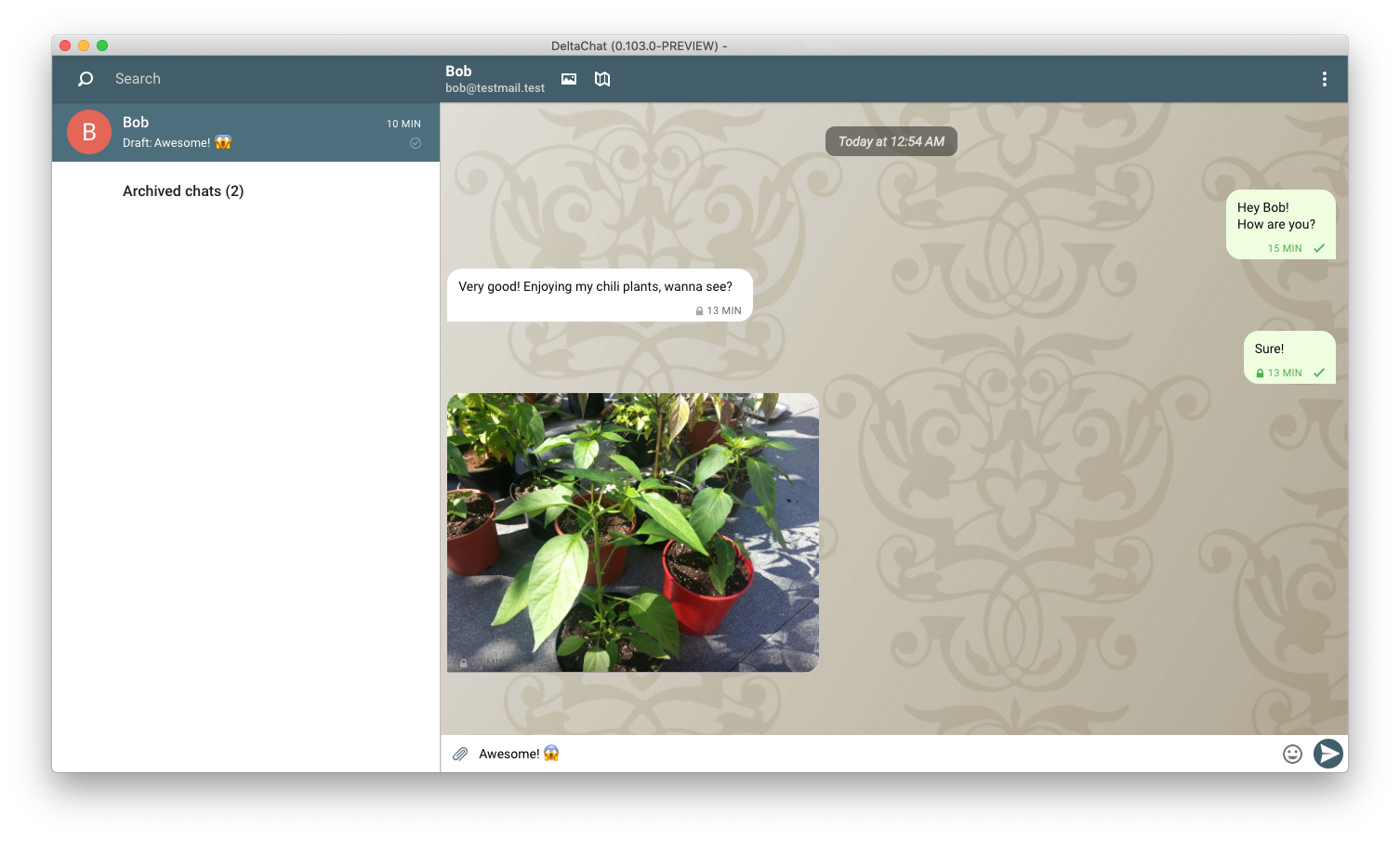 There are new Desktop releases (0.104.0) with a new Rust-based encryption engine, RPGP, better Mac and Linux release packaging and several other UX improvements which we detail further below. See “Assets” on our github releases page for the respective Desktop downloads.

Important Notes about this release:

We now use RPGP, the first full-Rust implementation of OpenPGP, the underlying encryption format that Delta Chat is using. This new Rust library supports Autocrypt 1.1 primitives and will allow to switch to ED25519 keys for e-mail encryption within the two next releases. The Desktop releases are the first tangible sign of the upcoming Rustocalypse. Many thanks to Friedel for his perseverance on RPGP and all the support with integrations!

We integrated support for the Desktop side of location streaming. Desktop can show a map for a group and the last position(s) of its participants if they enable location streaming. Android devices can report location via “attach location” after you enabled “on-demand-location streaming” in the experimental feature section of the settings. You can set points of interest for a group and use the time range of historic data to look at. Many thanks to Nico who pushed this feature majorly forward in the last weeks so that we could use it in the game. 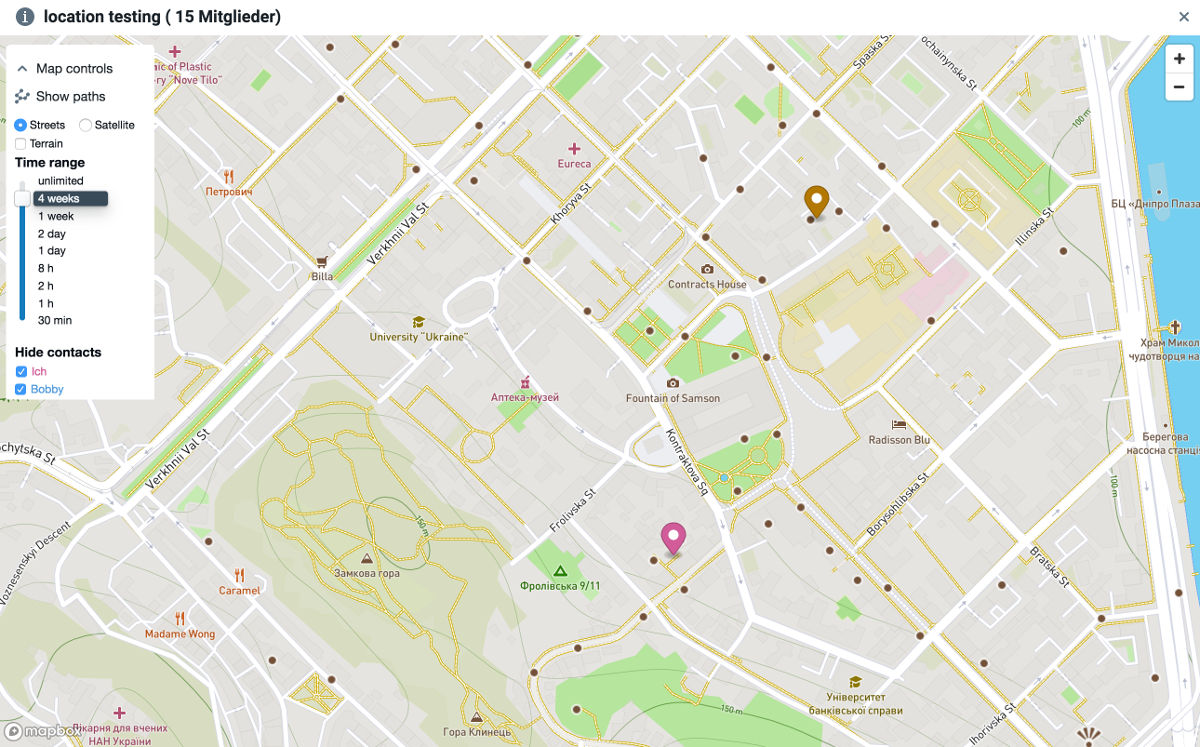 Lots of improved Desktop packaging, majorly pushed forward by Jikstra and treefit the last weeks: There are now signed releases for Mac which allows to install Delta Chat Desktop without fiddling with security settings. Also openssl and all other dependencies are included in the dmg install file. This means no more brew install ... for mac users!

Besides, many smaller features and fixes landed with this Desktop release: